Tuesday - February 7, 2023
On Omaha
Your One Stop Site For Everything Omaha, Nebraska 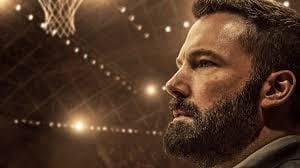 We’re all scared. Can you blame us? There’s a pandemic cutting through every corner of the world. The guy who’s supposed to be in charge doesn’t appear to know what he’s doing. People are hoarding toilet paper, for God’s sake. As a species, as a country, and as individuals, we’re living in a time of great uncertainty, and it might feel like we’re going to hit bottom any minute. What are we supposed to do?

You know who knows a little something about that? Ben Affleck. It wasn’t easy for him, growing up with a father who was an alcoholic and the eventual split that took place between his parents. It wasn’t easy for him to break into Hollywood, yet both he and his childhood friend Matt Damon managed to make the dream a reality.

Kevin Smith’s Chasing Amy was Affleck’s breakthrough. His co-written screenplay Good Will Hunting nabbed him an Academy Award.* For a little while there, things seemed to be perfect…until they weren’t. There were too many flops and lousy decisions, too much time in the tabloids, and too many good films that went unseen.** Even after his comeback, his successful move into directing, and another Academy Award win for Argo as Best Picture, it seemed like Affleck couldn’t catch a break.

Affleck played Batman three times. For a minute there, the plan was for him to direct, write, and star in The Batman. The only reason he didn’t put on the cape a fourth time was his own bout with alcoholism and the worry that the pressure would kill him. Every few years he’s been forced to claw his way back into the limelight and remind audiences that, along with being a kinetic director and intelligent writer, he’s an unappreciated performer. His latest film, The Way Back, reminds us of that.

You’ve seen guys like Jack Cunningham (Ben Affleck) before. You might even know them. Jack is a construction worker. He does his job adequately, is friendly enough, but there’s something off about him. Is it the occasional slurs in his speech? Could it be that his stainless-steel travel mug smells more like booze than it does coffee?

People worry about him. At a family gathering, his sister Beth (Michaela Watkins) notices that Jack spends an awful lot of time by himself. Even when he’s at the dive bar he frequents, and even when he’s yukking it up with the other regulars, Jack often seems alone. He’s been separated from his wife Angela (Janina Gavankar) for months, and their marriage seems destined for divorce.

You’ve seen guys like Jack before, and you might think that he drew the loser card at birth. Father Devine (John Aylward) runs the Catholic high school Bishop Hayes, and he remembers Jack as a driven athlete and star basketball player. He summons Jack to his office, tells him the current coach is recovering from a heart attack and offers him the job of head coach.

Jack doesn’t exactly start his job with a ton of advantages. The current basketball team at Bishop Hayes is terrible. They include Marcus (Melvin Gregg), a center who’s more concerned with showing off than nailing goals, and Brandon (Brandon Wilson), a quiet point guard who doesn’t realize how talented he is. His assistant coach Dan (Al Madrigal) means well, but as the school math teacher, he’s not quite the right guy to inspire the team. But is Jack? Maybe, if his alcoholism doesn’t kill him first.

Take a moment and imagine the classic sports movie Hoosiers but imagine that Dennis Hopper’s broken-down alcoholic is the head coach. At first glance, that’s what The Way Back seems to be. It’s true that director Gavin O’Connor leans into sports movie clichés such as the player with a shaky relationship with his father, and the incorrigible horndog who learns to get serious. A closer look shows us that, as much as O’Connor knows the rhythms of high school basketball and how it can electrify or depress a community, he hasn’t really made a sports movie. Instead, The Way Back is a character study, and O’Connor is content to follow Jack. He takes his time showing us his isolation, his patterns, his despair, and his desperation to break free somehow. O’Connor has excellent timing, and he knows when to linger on character moments and when to toss us into the midst of the action. Most importantly, just like his other films Warrior and Miracle, O’Connor has a real gift for finding the ideal actors and giving them time to inhabit their roles fully.

The screenplay by Brad Inglesby is perceptive in the almost robotic routines common for an alcoholic to settle into. There’s a sequence where we see Jack at home. He opens the refrigerator to reveal numerous cans of beer. One can is removed, then the freezer is opened, showing us a chilled beer. He removes the chilled can, replaces it, drains the chilled beer, and continues the ritual. At no point does Jack seem to enjoy drinking, and that’s where Inglesby’s script is so smart. If you have an alcoholic in your life, or if you are one, you know that it’s not about too much overindulgence or a moral failing. Alcoholism is a disease, a biochemical affliction, and we can feel that when Jack stops drinking and subsequently relapses, it’s not because he’s weak. It’s because he desperately needs treatment. 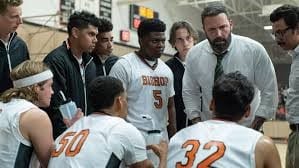 A film like this is all about following a central character, and for it to succeed, the right actor needs to be cast. O’Connor seems to be one of the few directors who knows how to use Ben Affleck properly.*** Along with comedy, he’s an actor that excels at playing regular guys who work like hell to hide their flaws. In Gone Girl, watch how he tries and fails to keep up with a spouse who’s much smarter than he is. Here, watch how he initially tries fading into the background of social situations and when his confidence rises, he overcompensates. His performance is a battle between extremes, and we can see him fighting for a little equilibrium. His physicality is also one of his most potent tools. Affleck has always been a big dude, but here he’s got the hulking frame of a former athlete who devotes time to booze rather than the weights. But he never moves confidently. Instead, he’s always a little awkward, as if he doesn’t quite fit with the rest of the world.

The Way Back doesn’t reinvent the wheel. It doesn’t need to, as it’s a solid little film that features a brave and vanity-free performance by Ben Affleck. Whether due to bad choices or bad luck, Affleck is someone who’s always gotten kicked in the nuts and managed to get back up. He hit bottom. He got up. We can, too.

*This is despite the persistent rumor that screenwriting legend William Goldman was the actual writer.

**A good example is his ethical thriller Changing Lanes with Samuel L. Jackson. Seek it out, it’s a hell of a good movie.

***Say what you will about Kevin Smith, but his hyperverbal scripts tend to be a strong match with Affleck’s comic timing.

Tim Brennan
Tim has been alarmingly enthusiastic about movies ever since childhood. He grew up in Boulder and, foolishly, left Colorado to study Communications in Washington State. Making matters worse, he moved to Connecticut after meeting his too-good-for-him wife. Drawn by the Rockies and a mild climate, he triumphantly returned and settled down back in Boulder County. He's written numerous screenplays, loves hiking, and embarrassed himself in front of Samuel L. Jackson. True story.
Tagged: Movie Reviewthe way back
OnOmaha.com is a directory and information guide for Omaha, Nebraska.
Discover the best of Omaha shopping, restaurants, night life, breweries, events, business, outdoors, fun, local life, real estate, transportation, jobs, and schools.
Looking for what to do in Omaha? OnOmaha.com has columnists, and bloggers to keep you up to date on the best of Omaha, Nebraska.